cancel confirm NSFW Votes: (0 votes)
Are you the publisher? Claim or contact us about this channel.
0
Showing article 10 of 48 in channel 14628406
Channel Details:
Viewing all articles
Browse latest Browse all 48
0
0


I've started to notice a trend. Left-wing, female, media personalities are becoming quite vulgar in their attack against conservative women.  Sociologically, I understand that women tend to compete with one another for attention and therefore, tend to "cut" each other up. However, this new level of vulgarity is just- well- vulgar! 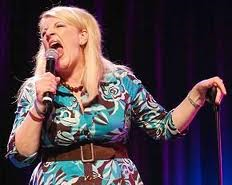 Today, Lisa Lampanelli tweeted a disgusting remark against Elisabeth Hasselbeck, Sarah Palin and Ann Coulter. It's so awful that I actually can't rewrite it here. The always colourful Joy Behar certainly hurls more than her fair share of vitriol against conservative women.

These outbursts make me notice that it's always the left-wing women who act uncivilized. And what's worse? They get away with it! Do you think the liberal media would ever admonish one of their own? A quick internet search will show you the answer is a resounding 'no.' But if the tables were turned, and it were Sarah Palin hurling obscenities, you can be certain that the media would demand her head. In the words of Sarah Palin, you betchya!

As it is said, profanity is the last refuge of the ignorant.
Viewing all articles
Browse latest Browse all 48
More Pages to Explore .....
© 2022 //www.rssing.com